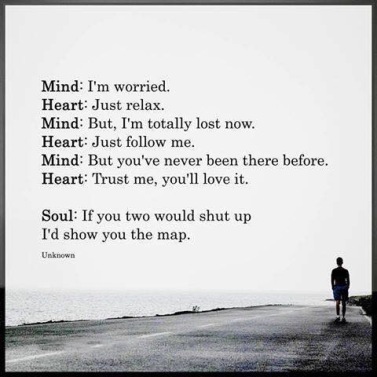 With 2018 less than two days away, and a lot of new adventures in store (such as buying my first sailboat, and motorcycle, with a tentative plan to ride across South America, as well as potentially spending a month or two snowboarding in Hakuba, Japan — AND rejoining my sailing family aboard our trusty 51’ Formosa ketch Violeta in Mexico in April to continue the plan we hatched in 2016 to sail across the Pacific to French Polynesia on a journey that could possibly continue for the next few years), I look back on 2017 with overwhelming gratitude for the people I’ve met, the many adventures that have come my way and all the doors that have opened as the universe continues to put me in exactly the right place at precisely the right time.

Thank You. THANK YOU. I feel like the only effort it’s taken on my part is the willingness to say YES!! Maybe a little more depending on your perspective, but not really… as long as your ‘yes’ is strong and you trust the process with your whole heart, everything seems to work itself out. One of my strongest recurring lessons this year has been: Don’t Cling! Not to anything— relationships, future plans you thought were set in stone, your bank account, ideas you believed defined you– all of this and everything else is influx; and that’s okay.

Let it be and let it ride… You’ll be exactly where you need to be if you give the universe the space to work its magic and allow yourself the freedom to relax in the face of the unknown… It’s perfectly okay to not know what’s next, when you’re open and create the space, you allow amazing things to come into your life. 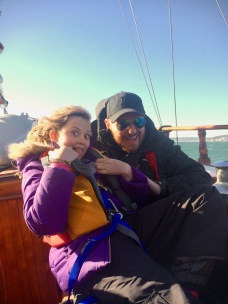 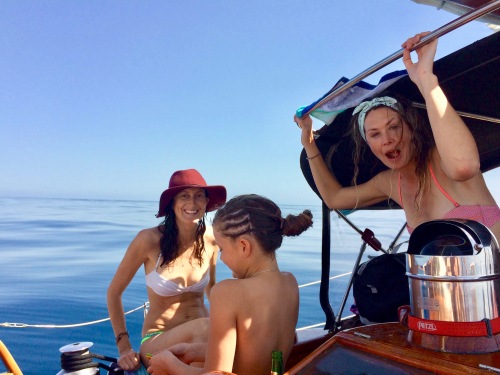 I started the year in preparation to sail to French Polynesia, and while it only took 17 days for us to sail from Marina Del Rey, CA to Puerto Vallarta, MX– due to unique circumstances (like my best friend and the captain having a beautiful baby girl!!), we ended up docking in Mexico for a few months. It’s impossible to put into words the true breadth of expansion I experienced being at sea for days, watching every sunrise and sunset with no sight of land or light pollution, zero cell reception and the incredible energy of the ocean, sea life and my shipmates fueling us forward. 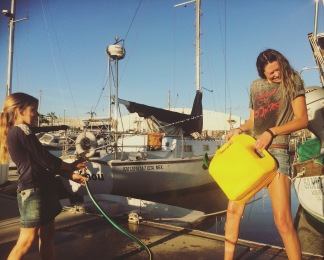 Upon landing in Puerto Vallarta I had a few months to explore La Cruz, Bucerias, Punta Mita, Sayulita, and San Pancho– beautiful towns that have become like another home. I joined a writers group, and started a yoga class at the Nuevo Vallarta Yacht Club that I led for a few months while I was in town. I met a pretty impressive range of sailors, each involved in very different, but equally inspiring, journeys. Some families (which altered my idea of the family that I’d like to have in the future), some couples, some adventurous groups of friends and several single-handers, whose lives, goals and experiences were like none I’d ever met before. Diverse to say the least. My dad also came to visit and stay on the boat with us for a bit, and we took him to Yelapa, a cute little fishing town on the coast. 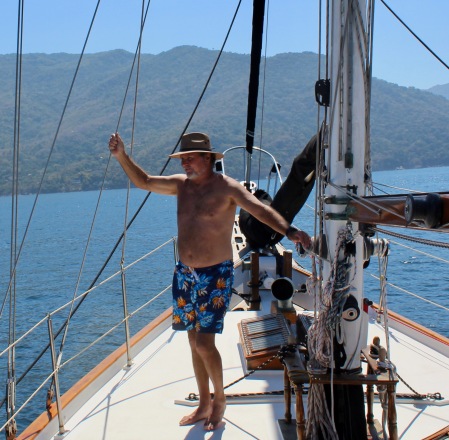 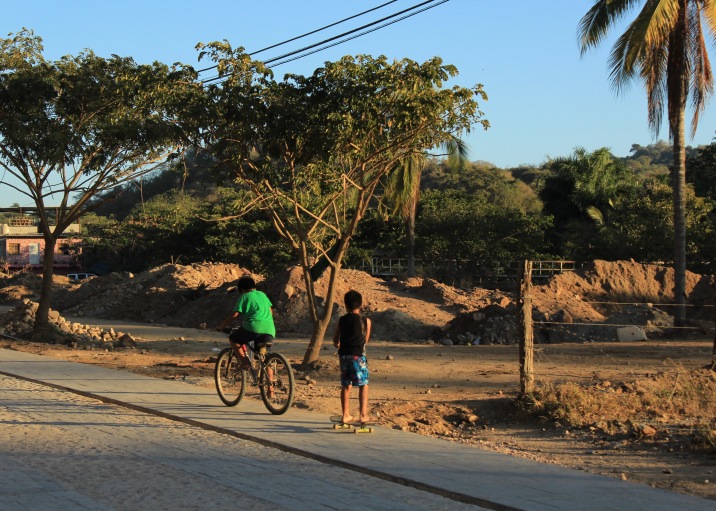 I came back to the states at the end of April,  my plans completely up in the air as I thought I’d be sailing for the next year; but everything unfolded beautifully. I met my epic tribe of wild ones at their music festival, Boogaloo Mountain Jam, in SoCal, went to mammoth several times and rekindled my love for snowboarding, which I hadn’t done in 10 years, but quickly discovered I still had a knack for it; and also rediscovered my affection for riding dirtbikes! (Which is something I’m not willing to let go of again, even if I need to leave a supermoto parked in town while I travel, I LOVE braap’n around in the dirt, and I want that option every time I come back!) 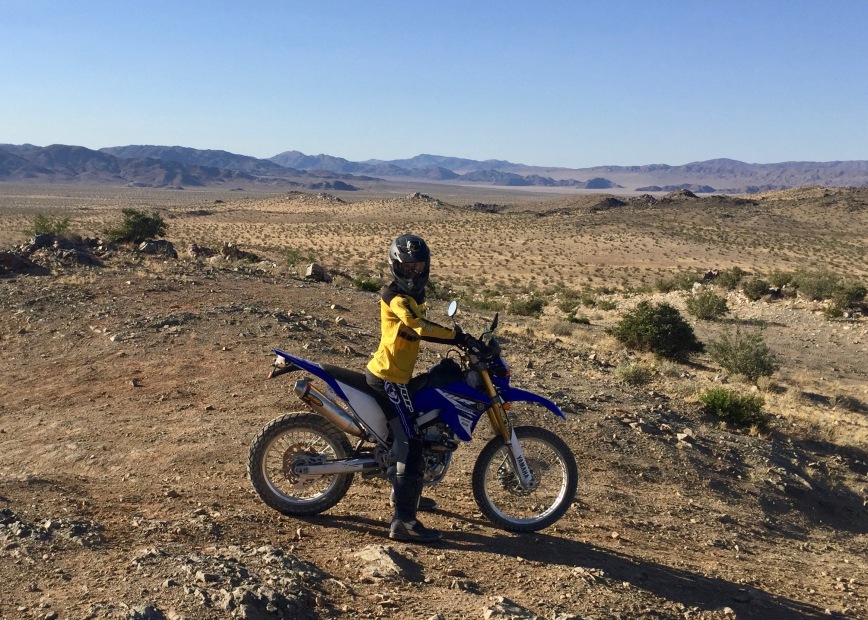 I learned that while L.A. and I have had some differences over the years, it is home. And I’m pretty happy to have decided that, even if that’s the only thing I’ve decided, because the idea of being chained to one place makes my tummy hurt; but having a place I can return to comfortably is something that gives me a bit of security in the back of my mind (ergo part of the reason for buying my first sailboat now rather than later).

I embarked on my first solid journey across the U.S. in an RV with my Grandmother and Aunt, which lasted about a month over the summer as we drove across 12 states on our trek from Los Angeles, CA to Minot, ND for a family reunion and back to CA. 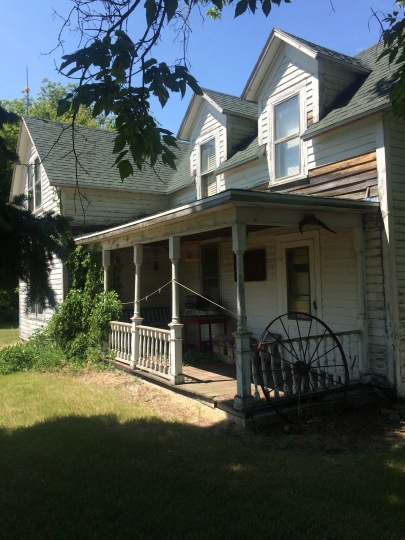 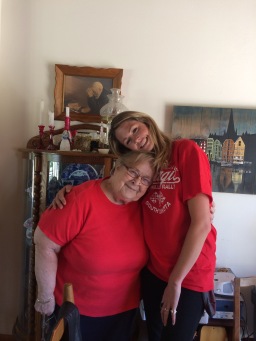 I saw Zion and Bryce Canyon Natl. Parks for the first time and got reacquainted with Yellowstone Natl. Park, and developed a powerful admiration for Montana and Wyoming along the way (which I now consider two of the most breathtaking states in the country). I learned more about my family, formed bonds with members I’d never met before and have a new appreciation for my roots.

I road on back of a motorcycle for 3,000 miles from LA to Minneapolis, stopping in Sturgis, SD for the massive Sturgis Motorcycle Rally for a week, which is a whole ‘nother epic story in itself. We rode through Arizona and Nevada’s insane August heat where I dropped ice cubes down my shirt and held them in my mouth to keep cool, found hidden gems in Mystic Hot Springs, Utah and Lava Hot Springs, Idaho and was mentally floored by the monumental nature of the Grand Tetons. 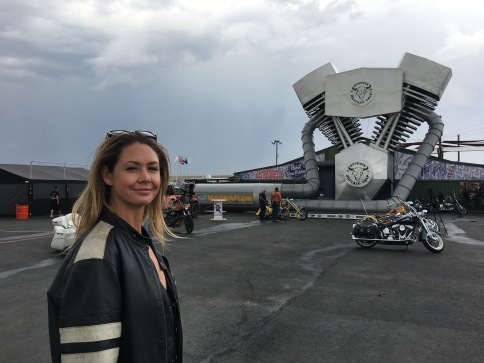 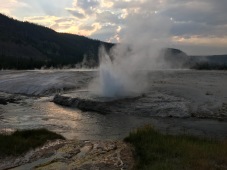 We travelled on through Yellowstone, got stuck in the mud during a downpour in the dead of night in Cody, Wyoming and journeyed across the Crow Reservation in Montana, an eye-opening experience that debunked any idealized misconceptions of what tribe life is like in the modern age. We camped by the river where not a fish was caught, experienced Sturgis and Mount Roosevelt, then barreled through the unforgiving storms of the South Dakota Badlands, stopping at more hole in the wall bars along the way than I can count, each of which offering an interesting insight into the local community in the small towns we passed through.

I spent a month visiting my dad in Florida, where I wake boarded, water skied and started teaching another yoga class in the local community. And then throwing caution into the wind as I often do,  with only six hours notice I hopped on a plane to Roatan, Honduras where I had the experience of a lifetime exploring an island I didn’t even know existed and met an inspiring group of people connected to one of my dearest friends. 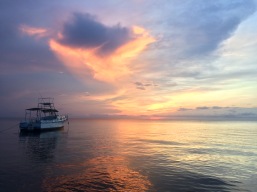 Back in LA I began teaching at a new yoga studio in Hollywood, had my heart broken and healed, which taught me a lot about the qualities I want in my partner, the life I want for the future and what I’m willing to accept. I embarked on another little RV road trip with Grandma and Auntie to Tucson, AZ for Thanksgiving, where the desert and centenarian Saguaros gave my soul exactly what it needed. Since then I’ve made several more trips to Mammoth, where I’m incredibly lucky to have good friends who’ve welcomed me into their homes with open arms, and are far more skilled at boarding than I am, which is fabulous because it’s only pushing me to get better. I hope by the end of the season, whether I’m in Japan or boarding local, that I can finally hit some jumps with confidence. Pretty set on making that happen!

Lord I feel so lucky… 2017 really has been one wild adventure after another. There have been a lot of ups and down, which are difficult to convey in a quick overview like this, but they all pass (the good and the bad) and we learn and evolve.

So my advice to future Portia from the experiences thus far, and to anyone else reading this, is: Do your best to settle into your true nature and find comfort there, observe your emotions and experiences, accept the joy and the sorrow without too much attachment to either one, which is challenging, but necessary because all of this impermanent.

If adventure is what you seek, put it out there with your whole heart and believe that you can create whatever experience in this life that you desire, but remember in the back of your mind that not every road is smooth– that is okay– if all the paths were paved and easy, how would we ever grow? Find what feeds your soul, what excites and motivates you, and meditate on that– everything else will fall into place. Trust, have faith and remind yourself to breathe.

Love, Light and Blessings for an inspired 2018,

Ecology and Evolution Research in the Wild

My formula for greatness in a human being is that one wants nothing to be different, not forward, not backward, not in all eternity. Not merely bear what is necessary, still less conceal it—all idealism is mendaciousness in the face of what is necessary—but love it.

Los Angeles-born Jalisciense trying to get his Juan Rulfo on